It's Elementary, My Dear Winifred 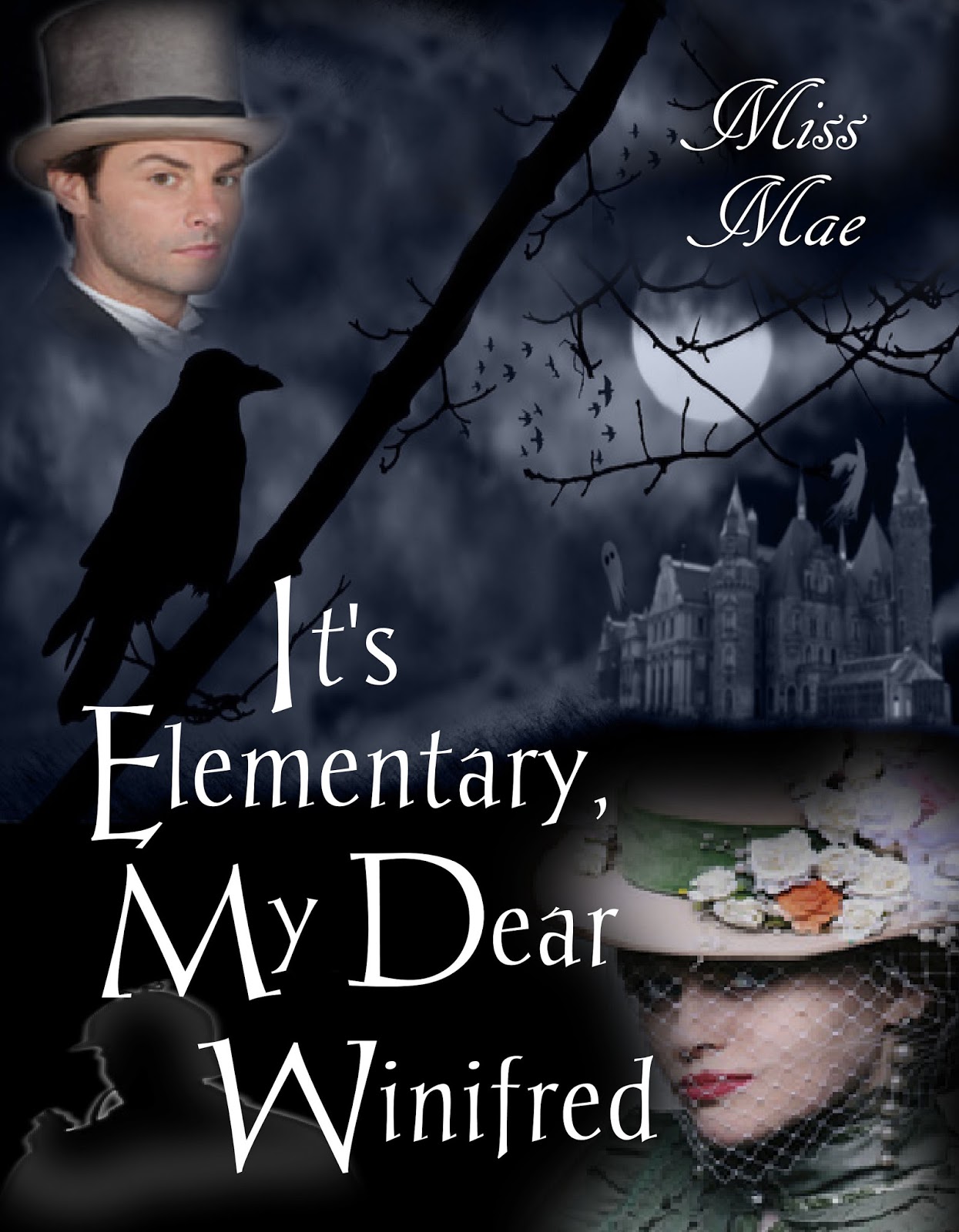 Available in digital format at Smashwords, Barnes & Noble,
and at Apple iTunes.
In print at Amazon ISBN 978-1500662493
COMING SOON in Audio by Roger Rittner Productions (check back for release date)

Do bizarre and unusual mysteries only occur in imaginary tales? Amateur sleuth Winifred Merryweather, along with dashing newspaper hound Remington Hawthorne, find themselves in the throes of a real life mystery when they're plunged in the bowels of a dark and ancient castle. Booby-traps abound with disappearing floors, hidden sliding panels, and spider-webbed shadowy corridors. Danger threatens to steal Winifred's very breath -- or is that the annoying allure of Remington's flirtatious charms?

Winner of the 2009 Top Ten Read at MyShelf.com

She slumped against the wall, sucking down gulps of air.  Leaning back, Winifred swallowed hard, her throat constricting. No sound reached her but the echo of her thundering heart vibrating against her eardrums.

Where am I? What is this place?

She forced herself to scan the narrow hallway from whence she’d come. Two small lamps anchored in garish wrought iron sconces warred to dispel elongated shadows. She looked in the other direction and saw the same view. Except at the very end of the murky corridor, a flash of gold color glinted off a brass doorknob.

Winifred pushed away from the wall. Her footfalls, though light and careful, amplified in the tunnel-like closeness. She paused and cast a wary look across her shoulder. Halfway expecting to glimpse a pursuer, she saw nothing but the length of the dimly lit passageway behind.

Fingers tightening round the brass knob, she flung the door wide. A windowless, unfurnished room lay before her, lit only by one hissing gas lamp. A repetitive ticking drew her attention to the far wall. About six feet above the floor hung a nondescript clock. Like all the rooms she’d already visited, it alone provided the only adornment.

“Am I going in circles?” she whispered under her breath. “Everything is the same. Halls that lead nowhere, empty rooms that contain nothing but this mindless, endless drone.” She looked again at the clock, slapping her hands over her ears to shut out its continual voice.

Get hold of yourself. Think logically.

A low growl whined from beneath her feet. Floorboards rattled. She leaped back, latching onto the wall to steady herself. The room door swung shut with a loud slam and the hall lamps flickered like an invisible gust of wind sought to extinguish them.

But I felt no breeze.

Before she could ferret out an explanation for the bizarre moment, the noise stopped as suddenly as it’d come. The floor’s vibration calmed and the lamps returned to their original low flames. She furrowed her forehead in thought.

Another question with no answer.

Crossing her arms over her chest, she drummed her fingers against her left elbow. Should she return back the way she’d come? But she already knew what lay behind. No option presented itself except to go forward. With a slight shrug, she reached again for the doorknob, halting in the open threshold. She blinked, narrowing her vision for a closer look at the wall clock.

I say. I’m positive that had a blue case. So why is it now green?

Frowning, she surveyed the room. Only a moment ago, it stood empty. Now, a pair of drapes covered a section of the far wall. Without hesitation, she crossed over and parted them. Her brow arched in critical speculation.

Curtains that conceal a doorway? As dear Alice in Wonderland would say, ‘Curiouser and curiouser.’

“Obviously, I’m supposed to go through here.” She gave a decisive nod. “So be it.” No sooner did she touch the knob than the door snapped open with an explosive pop. A man filled the frame, staring at her from a pair of the most beautiful eyes she’d ever seen.

“At last!” His voice jolted her with its distinctive deepness. Before she had time to wonder if maybe her corset’s tight lacing had burst a seam, he spoke again. “There’s a real human in this lunatic house.” His head lowered as he leaned swiftly toward her, his eyes—aqua blue, accented with the blackest of pupils—peering intently into her face. “Or am I meeting my abductor?”