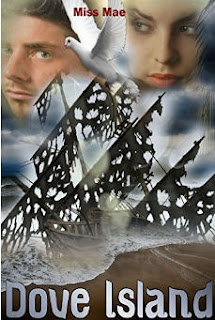 FREE at Barnes & Noble, at iTunes,
and at Smashwords!

Christopher's dedicated his allegiance to the Church. But that's before he meets Roxanne, his cousin's betrothed. Aboard the ship appointed for the honeymoon voyage, he fears losing her not to his cousin, but to a barbaric pirate attack. Will he live long enough to confess that she holds his heart?

His legs fighting the swirling current, he clawed at the floating wreckage to pull himself atop. A wave tossed the wooden crate almost upright, and he clung, barnacle-fast, to the knotted rope wrapped about the highest rung. As his newly acquired raft splashed back into the swell, saltwater stung his eyes, soaking his already drenched body. Flinging hair from his face, he reached for a loosened board and laying flat on his stomach, he used the makeshift oar to paddle from the sinking ship.

Foam churned around the massive vessel as the once mighty warrior slid, heaving and groaning, to its watery grave. The whirlpool's suction grabbed the closest victims, screams ripping from their throats before they plunged into the merciless vortex.

Riding the cresting waves, he squinted against the stinging spray, searching the drifting, lifeless bodies. Fear worried his heart. If he couldn't find her, he swore he'd pitch himself to the bottom of the ocean and join her in blissful eternity.